He loves them! They are only 44 cents more than the cheapest white flour ones at Walmart and much healthier in my opinion!

Oh, and related to this, I think, is that Brady has agreed to try Jason's homemade deer jerky several times in the last week. The more he tries new things, the more it encourages him to try others. He likes the jerky too! 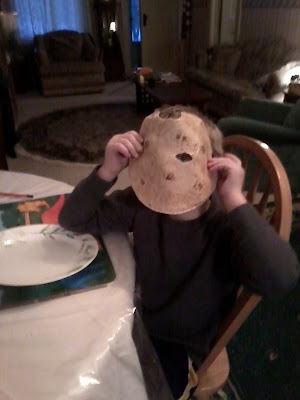 Posted by Burbs to Boonies at 8:00 AM

Email ThisBlogThis!Share to TwitterShare to FacebookShare to Pinterest
Labels: Kids and food