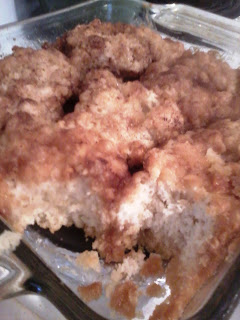 These two recipes are my own! Yay!

This first one came out of necessity late one night when I really wanted a sweet treat and didn't have any!

Okay, I didn't measure any of this so I have no idea, LOL. Depends on your pan size, how much you have on hand and what you like. So here's what I did. I mixed Bisquick with milk a little at a time until it made the consistency of biscuit dough.

Spray a pan with cooking spray, press the dough in it making sure it's enough to cover the whole bottom. Then bake at 350 for a few minutes until it puffs up a bit and has a crust at the top enough that it is no longer sticky. Drizzle the top with honey and half of the butter.

Mix about 1/2 cup brown sugar, 1-2 tsp of cinnamon, other half of the butter. Sprinkle on top and continue baking until browned and crusty on top. YUM!

First spray a 9X13 pan with cooking spray. Layer veggies and potatoes. Cook the stuffing and layer it on next. Season pork chops on both sides with salt, pepper and Head Country, then brown the pork chops and then place on top. Add a little beer and/or cooking wine around the edges to provide moisture. Cover with foil, cook at 350 for one hour, then remove foil and cook 10 more minutes. The pork will be SO tender. 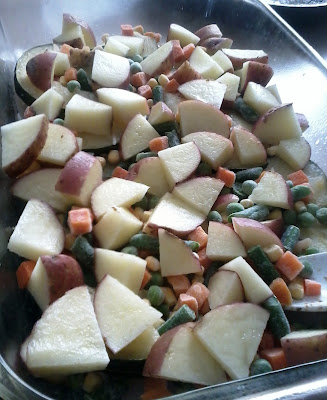 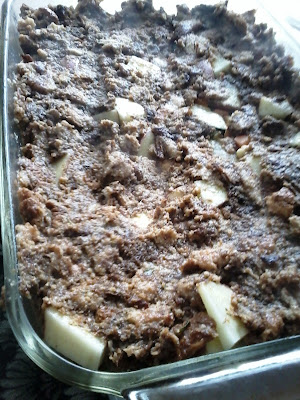 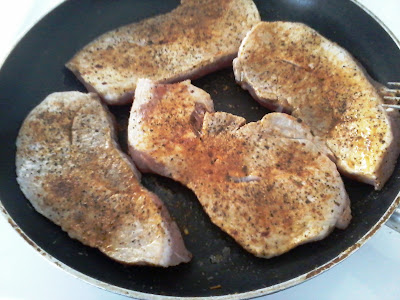 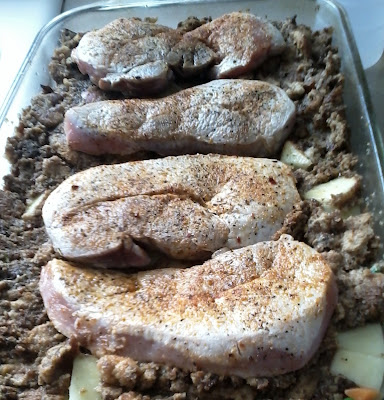 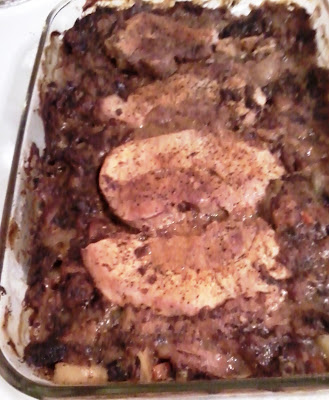