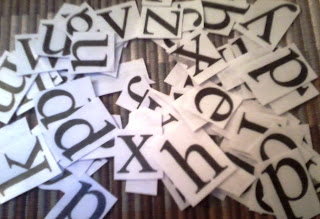 Brady's wonderful teacher shared an idea with me when I emailed her asking how I could help Brady with spelling.

His teacher assures me it is because of his analytical math-minded brain which doesn't understand why spelling breaks the rules. 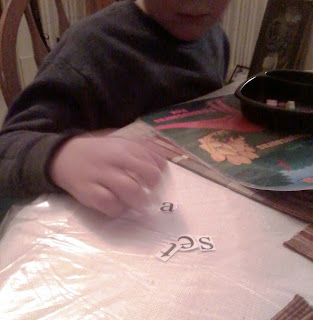 Anyway, she suggested going through the spelling list in a pre-test first and seeing what he already knows, then focusing only on the problem ones.

Second, have him write each problem word 5 times because repetition helps. Lastly, cut out some letters (I printed them, laminated them and cut them out) and give them to him to unscramble.

Here he is spelling "seat." Such a great idea!
Posted by Burbs to Boonies at 8:29 AM