Giving kids the tools to be independent...

As I mentioned in yesterday's post Brady is seeking independence and grown-up traits more and more. He's only 7, but I'd like to help him be responsible for and independent in the areas that he can be as much as possible. 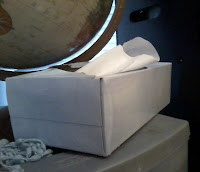 Here are the things we've added to his room to help him be more  self-sufficient.

-- For a while he kept getting up at night asking for a tissue. Now there's a box beside his bed for any time he needs one. 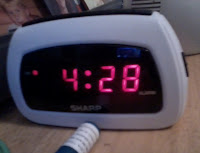 -- After that, he started waking up wondering if it was time to get up yet. So now a digital clock sits next to his bed.

-- One of his chores each week is to empty the bathroom trash. This led him to thinking he ought to have a trash can in his room (for his tissues especially!). He made it out of a bug collection bin he got as a present somewhere along the line and revels in filling and emptying it. 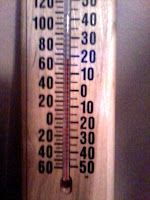 -- As part of adding to his allowance, he can help with recycling. Last time we took it, he declared he should have his own recycling bin in his room.

-- Santa brought him a thermometer for his stocking, so now he can see what the temperature in his room is any time he wants. Then he can go in our bathroom and check the outside thermometer to see what it is outside.

-- When I was a kid and asked my mother what a word meant, she'd tell me, "Go look in the dictionary." Now when Brady says, what is this times this, I say go get your calculator and find out. 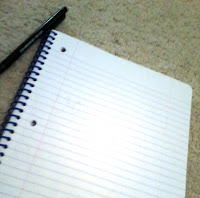 -- When going to play Pacman, I want Brady to carry his own quarters, but they often fall out of his pocket or hands. So I, in his words "invented," a thing for him to carry them. It's basically a lanyard attached to a Ziploc bag.

-- Because of his love of numbers and recording things, Brady always has pen and paper in his room for whenever he needs it.

-- When the power goes out, I head to the kitchen to get my flashlight and he heads to his room to get his.

-- When he wants to know how much he weighs, he heads to the bathroom and checks it out.


-- When he's thirsty, he goes to the frig and gets a small-sized bottle of water without the need to ask anyone.

He seems to enjoy having the same tools as adults at his disposal to get what he needs without having to ask for it. I think this furthers his belief than any of his big ideas - like his stick house and invention party - are possible.

Most recently he got the idea for a journal or "memory book" to keep track of things he does and people he encounters. He came home with the cover page and back page and two pages to go in the middle and just knew with 100 percent certainty that I could turn it into a book for him. So I did :) 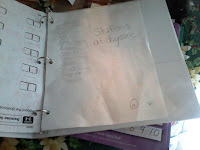 Now he makes his pages at school, day care, on the bus and at home. He told me in church today that if he did 2 a day he'd have 14 pages in a week.

I think his reliance on his own ability to gather information and find tools in his room and other places has helped fuel his confidence in making things and pursuing goals.