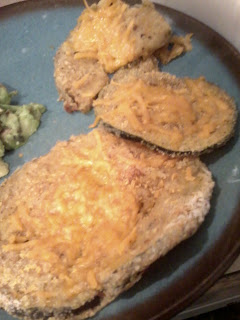 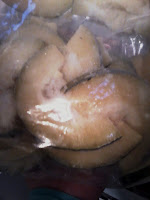 Wow! These tasted crispy and crunchy like fried but so much lighter and healthier. I cut this recipe out from somewhere too, a magazine, but I can't remember where!

I used zucchini I had sliced into about 1/2-inch-thick circles (or halves if they were too big at the widest point) and frozen when there was a plentiful amount at the end of gardening season. We got several from my father in law and friends. 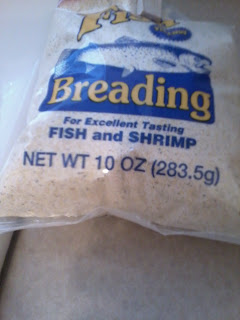 They froze surprisingly well. I thawed them out, dipped them in milk (you could also use egg or melted butter), then dipped them in a mixture of flour, salt, pepper, Head Country seasoning and a fish fry breading I had gotten awhile back.

The only thing I would caution about the fish breading is that it turned out to be VERY spicy. I loved it, but not everyone likes that pleasant burn in their mouths :)

So, if you aren't particularly fond of spice, just use flour and seasonings and perhaps some corn meal. You could also use seasoned bread crumbs with Parmesan. So, dip in milk, then in flour mixture, then back in milk and back in flour mixture a second time. This second dipping gets them coated very nicely. 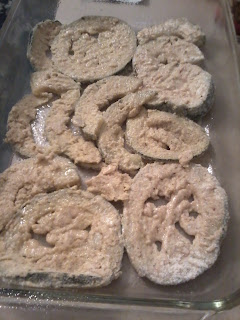 Preheat oven to 450 degrees and bake for 20 minutes or until breading is golden. I then sprinkled some cheddar cheese on and put them back in the oven for a few minutes until the cheese was melted. They were GLORIOUS and also very healthy as they were not fried.

The recipe suggested serving them with marinara sauce which would also be good, but we didn't try it. 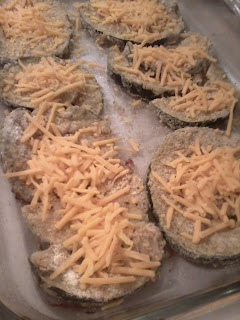 Posted by Burbs to Boonies at 2:36 PM