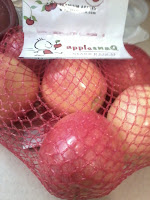 I cut this recipe out of a magazine awhile back and have made it over and over and over. It makes, no kidding, the best applesauce I've ever eaten. I have made homemade applesauce on the stove and this one in the crockpot is, by far, much easier.

Not only that, it's easy, cheap and healthy. Now, I have used mostly the apples Brady and I collected over the summer. We had boxes and boxes of them. For this batch, it was the very last bag I had frozen, so we are officially out. I never thought we'd run out, but we finally did.

However, just a week ago I got 3 pounds of apples from Aldi for $2.25, so you can find them cheap sometimes, which I consider $1 per pound or less.

Peel, core and slice 3 pounds of tart apples (I just use whatever apples were on sale or were able to collect). Then put them in a 4-quart slow cooker/crockpot. 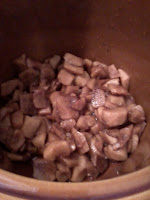 Add 1/4 cup water, 3 Tbsps lemon juice and 1/4 tsp ground cinnamon (I use more because I LOVE cinnamon). I also add a handful of brown sugar: 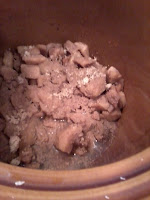 This recipe says turn the crockpot on high. Then come back 3 to 4 hours later and mash the apples. I have found, however, that if you have the time to add a little extra water and put it on low for 6 hours or so. This makes for a lighter flavor, but either way will work.

You can then refrigerate it for a week or freeze it for much longer. I have tried freezing it and it freezes very well. It is especially good with a dollop of Coolwhip Free on it. 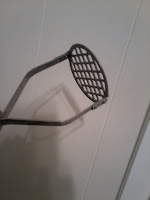 One word of advice, this type of masher seems to work much better than the wavy kind. 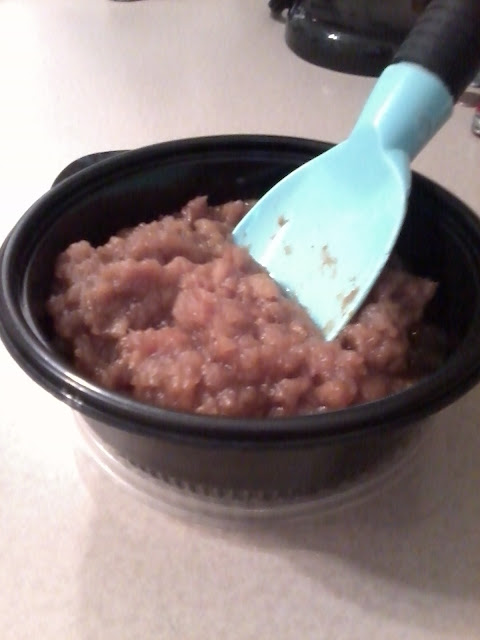 Posted by Burbs to Boonies at 2:23 PM