I had one container of frozen peaches leftover from a friend's tree this summer, so decided to make a rare winter treat. 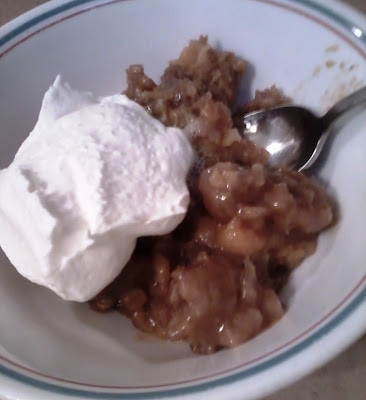 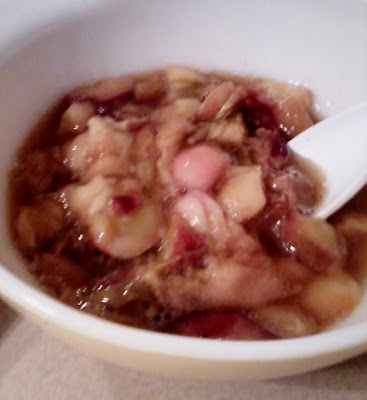 In bowl, mix remaining ingredients except butter. Cut in butter until mixture resembles coarse crumbs. Sprinkle over peaches and press down slightly. 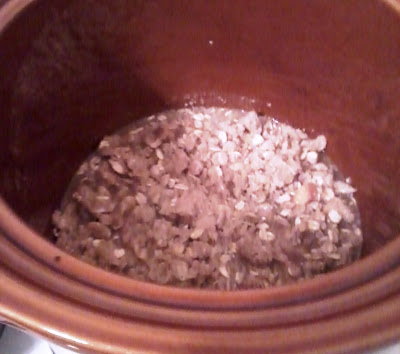 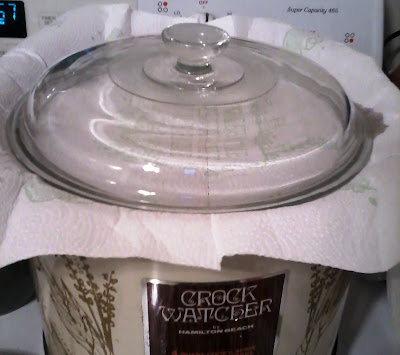 Cook on HIGH for two hours (I did this exactly without opening the lid at all). Serve with coolwhip or vanilla ice cream. 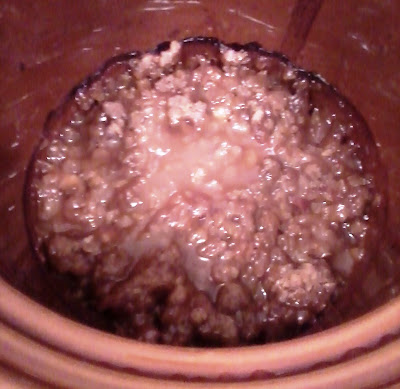