It's a beautiful thing to see a child excel at something at a young age. You hear of music prodigy's. Or a kid who reads at age 2. In our case, Brady adores math and I want to encourage it at every turn.

I have a brother who is a mechanical engineer for Cessna and a brother who is a self-taught computer database programmer. I guess this means math runs in my family. I sure knew I didn't get any of it. When I took courses that involved math in college - physics, calculus, trigonometry, chemistry - I cried, literally. It hurt my head to do math. I can do it and I did do it, but it hurt and I don't truly want to do it ever again.

Enter Brady. This kid eats math up. He loves it, immerses himself in it. Numbers are beautiful to him. He excels in it at school. Just last night we watched Memphis Belle as a family and had cause to discuss the fact that a quarter of a million planes were used in World War II. I asked Brady, "Do you know how many is a quarter of a million?"

At 7, I think that's pretty good. He understands the idea of fractions, simple multiplication and division. More than that, he loves it. We've been collecting bricks and for weeks Brady kept talking about "The Super Square" he wanted to make. He has lots of plans and a big imagination, so I didn't think too much about it.

But after awhile, I finally figured out what he meant. He kept saying the Super Square had 125 bricks. His vision was a square of 5 bricks wide by 5 bricks long by 5 bricks tall. Guess how many bricks that is? 125. I was floored. At 7 years old, this kid comprehended length times width times height. And not just 2 by 2 by 2! A block of 5! He had visualized it and wanted to build it. Nowhere has he learned this kind of math - they aren't doing it at school yet, we haven't addressed it at home - but he saw it in his mind.

Wow. I can't wait to see what he does with this. Below are the beginnings of the Super Square (though arranged in a square of 8 by his step-dad for now, we'll rearrange later) and math scribblings he does in his church notebook. I have no idea what most of them mean, but the book is filled with numbers in various combinations and positions. 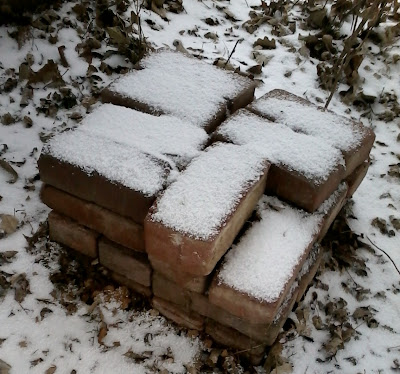 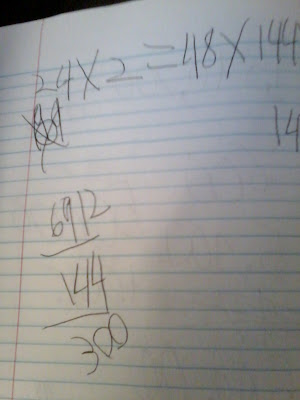 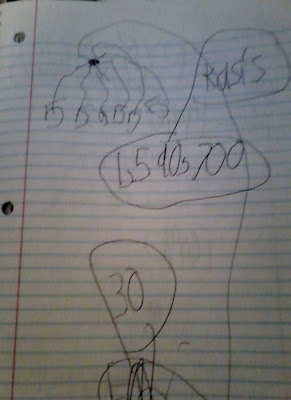 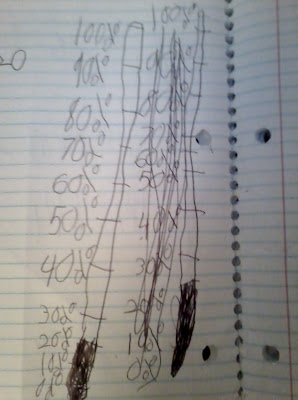 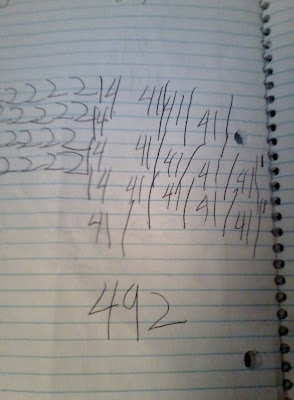 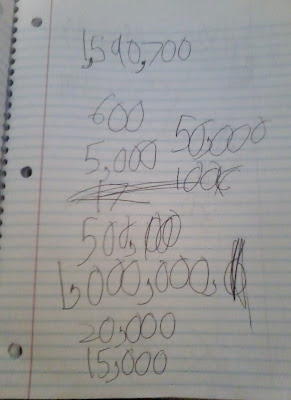 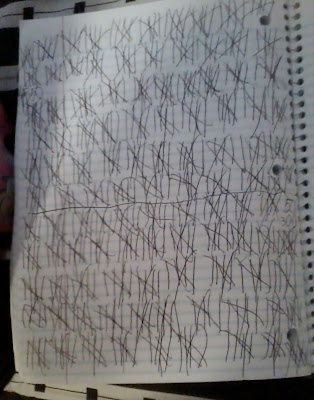 Posted by Burbs to Boonies at 8:06 AM