Bible verses: they blamed alcohol back then too! 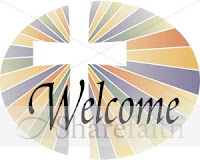 Back during Lent, I confessed my non-Catholic observance in homage of my raising. But I must now admit of the 30 days, though I really tried to read some every night, I only made it to day 2. Sigh.

I think the reason is that what I really want to do, feel I need to do, is continue reading the Bible and that book focuses on what I have already read, which is Matthew, Mark, Luke and John. I'm now reading Acts and I find that passages in the Bible evoke the range of human emotion: fear, anger, guilt, desire for action, sadness, confusion, humility, admiration, etc. etc.

Since it is so much about life, it is no wonder it reflects life. I hope to offer bits that affect me in some way as I go along. Perhaps that will give me a motivation to keep on. Fodder for blog posts? Let me at it!

What I didn't expect was to find some of it funny. Here's one from the other night I found so hilarious I read it to my husband and he laughed too. This is Acts2: 8-15. What struck me funny is all those years ago, people were still pretty much saying, "Oh, they were just drunk!"

I can't tell you how many times, especially in a small hamlet like this, I've heard, "They were just drunk and acting a fool," or "He'd had one too many," or "They were partying and raising heck, you know." It's a definite part of our culture.

I guess people have always blamed odd behavior on alcohol. But even funnier is Peter's response: "It's only nine in the morning!" Even then, drinking in the morning was not generally accepted (perhaps they didn't know about "It's five o'clock somewhere."). Maybe I'm weird, but that cracks me up.

And it also tells me there is a lot of truth about human nature in those pages, not just as it applied then, but the very same things we experience today. Here's the passage:

Now there were staying in Jerusalem God-fearing Jews from every nation under heaven. 6 When they heard this sound, a crowd came together in bewilderment, because each one heard their own language being spoken. 7 Utterly amazed, they asked: “Aren’t all these who are speaking Galileans? 8 Then how is it that each of us hears them in our native language? 9 Parthians, Medes and Elamites; residents of Mesopotamia, Judea and Cappadocia, Pontus and Asia,[b] 10 Phrygia and Pamphylia, Egypt and the parts of Libya near Cyrene; visitors from Rome 11 (both Jews and converts to Judaism); Cretans and Arabs—we hear them declaring the wonders of God in our own tongues!” 12 Amazed and perplexed, they asked one another, “What does this mean?”

13 Some, however, made fun of them and said, “They have had too much wine.”

14 Then Peter stood up with the Eleven, raised his voice and addressed the crowd: “Fellow Jews and all of you who live in Jerusalem, let me explain this to you; listen carefully to what I say. 15 These people are not drunk, as you suppose. It’s only nine in the morning!
Posted by Burbs to Boonies at 2:06 PM