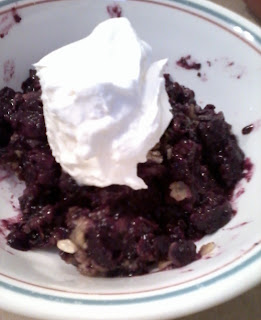 There are lots of reasons to love summer. But one of my favorites is that berries go on super sale and/or you can collect berries if you are lucky.

We were not lucky this year, so when Dillons had blueberries on sale for 99 cents per carton the other day I was SO excited. I think was the cheapest I've ever seen them.

So I bought 4 cartons, we ate some raw and the rest went into one of our favorite desserts, blueberry crisp.

This recipe came from a Turkey Hill ice cream advertisement in a magazine. I will give the amounts for the full recipe, but I have cut it down to 2/3 and even halved it to good effect.

3. Bake uncovered for 30 minutes or until topping is golden brown and edges are bubbly. Cool for 45 minutes on wire rack. Serve warm with ice cream or coolwhip! YUM! 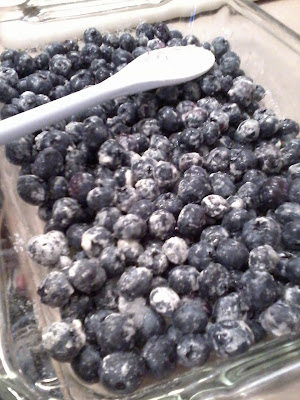 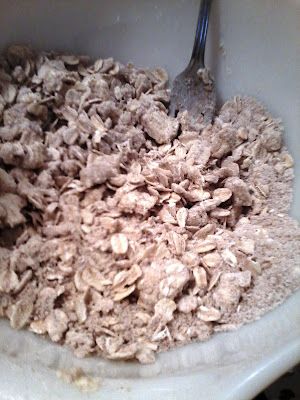 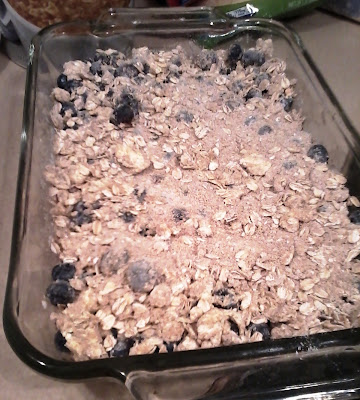