Brady went to work with me Friday which was fun but made for a long day, so after an hour or so break at home, around 5 p.m. we headed out into our small community.

First we went to his step-grandparents' house across town to see their newly shorn fluffy white dog. But on the way we ran into a classmate and her siblings. She also happens to be the niece of the after-school care director and the granddaughter of his bus driver. After a few minutes of playing, we went to see our family. 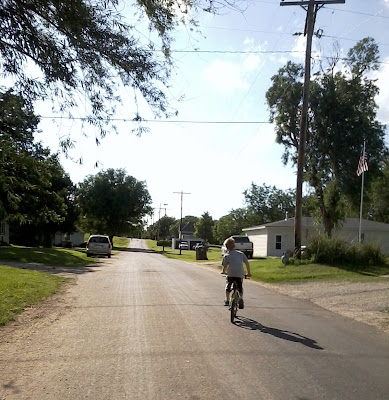 After that we went to Grandma and Grandpa Young's old place to water the garden and ran into my husband's cousin. Brady went to the park but I got to have a nice chat with her.

After the park we rode up town and got a pop and plopped on a bench on Main Street. Almost immediately another classmate and her brother (they were at the Invention Party) showed up! They were in a truck with one of the day care workers who was babysitting them and was bringing them to the restaurant. 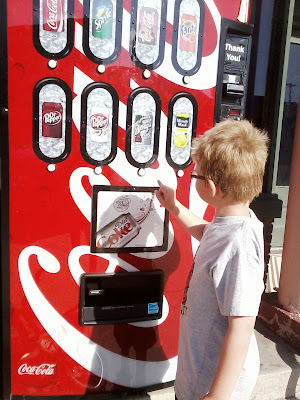 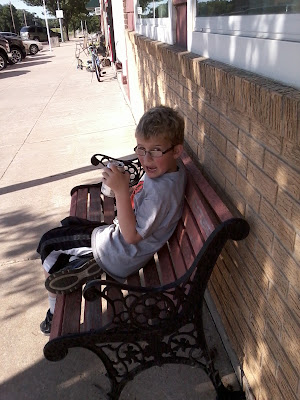 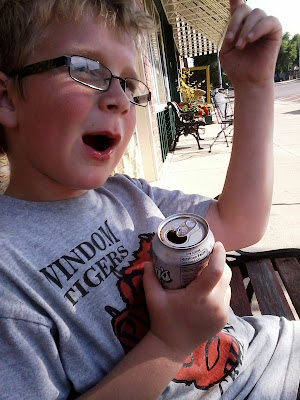 When they saw Brady they both pressed their faces against the little extended cab truck window with full smiles. Sooooooo... we went into the restaurant to play Pacman and Galaga with them while they waited for their food. 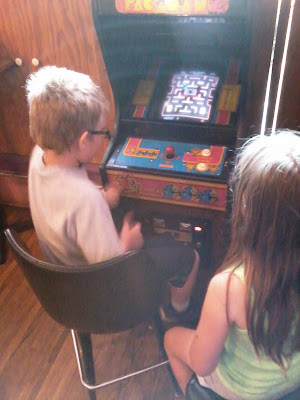 Then we rode back to the park and found a bunch of kids there! Some Brady goes to school with and others we hadn't met before. He had a great time with a cute little 3-year-old and when Brady whacked his nose on one of the monkey bars (and got his first nose bleed!) the sweet little guy was so comforting. They went off to play together until it was time to go home.

I love his ability to instantly make a new friend.

We never know when we set out who we are going to run into around town. But we made sure we were home by 8 p.m. so he could watch Full House, his new favorite show :) 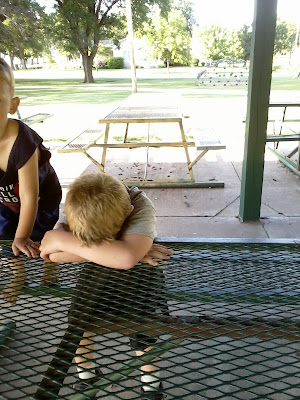 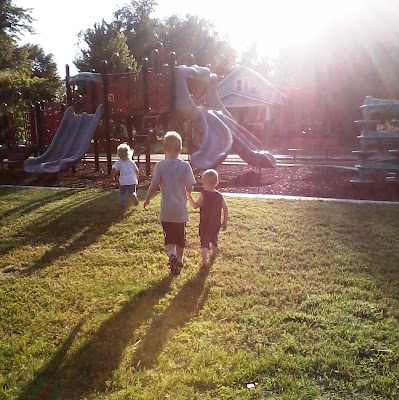 Email ThisBlogThis!Share to TwitterShare to FacebookShare to Pinterest
Labels: Life in a small town