What is your kid's currency? 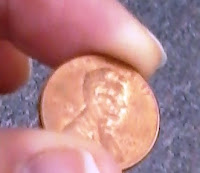 I don't recall when I exactly heard the phrase "finding your child's currency," but it was when Brady was pretty young and I found it to be a very powerful idea.

I've heard of kids who stop misbehavior with just a cross look or a stern word. Or who are eager to please adults.

This is not my kid. No one discipline plan has ever consistently worked, which is why I use 26 different tools to guide behavior (boy was that a surprise when I actually wrote them all out!) He adapts quickly to whatever I throw at him and then tests in a different way. That's actually quite smart, I think!

Also, with Brady, it seems that if he comes to the conclusion that good behavior is in his best interest, it is more likely to stick. The more creative I am, the better he responds.

The thing is, I cannot actually make him do something. But there I things I can control his access to that might influence or motivate him, and hopefully - ultimately - teach him.

But one thing that has been consistent is the idea of his "currency." Here is how Dr. Phil defines a child's currency in this article:

Define Your Child's Currency.
Find out what your child values — it could be a toy, a particular activity, or even a privilege like getting to stay awake to a particular hour. Dr Phil explains: "If you control the currency, you control the behavior that currency depends on." Once you understand what your child values, you can withdraw positive things (taking away the toy) or introduce negative things (making them take a time-out) as a form of discipline.

Here are some examples of Brady's currencies over the years:
As he gets older, I suppose there will be things like cell phone use and driving. But you know, that's how life is. If you don't work hard, you will not get a raise or get promoted, and you might even get fired. If you treat your boyfriend or girlfriend poorly, they're probably going to leave.

If you drive carelessly, you'll get a ticket and you might lose your driving privileges.

We all have our currencies, don't we? The things that motivate us to do better, to do well, or the things we really want to avoid. It makes such good sense to me to figure it out for a kid too. That way you acknowledge that they may be individuals who make their own choices, but they don't have control over everything. None of us do. And there are consequences for poor choices.

Wow, this learning stuff in life is pretty tough, isn't it?
Posted by Burbs to Boonies at 3:31 PM