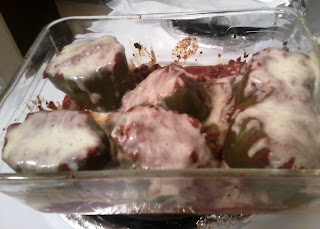 I have to say off the bat, I am so excited that all the peppers pictured here were from my garden! It just took me this long to post it!

This recipe is a slight variation of this Betty Crocker Stuffed Pepper recipe.

Cook ground meat and onion in skillet over medium heat 8 to 10 minutes, stirring occasionally, until browned, drain. Stir in rice, salt, garlic and 1 cup of the sauce. Cook until hot. Heat oven to 350 degrees. Stuff peppers with mixture. Stand them upright in un-greased 8-inch square glass baking dish. Pour remaining sauce over peppers. I also put any remaining meat/rice mixture all around the base of the peppers with some sauce on it.

Cover tightly with foil. Bake 10 minutes. Uncover and bake about 15 minutes longer or until peppers are tender, sprinkling with cheese the last 5 minutes until it melts. They tasted great.

The whole meal involved cucumbers, tomatoes and peppers from the garden, and venison my husband hunted. Somehow that made it taste even better! 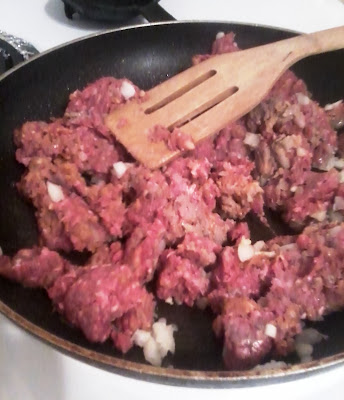 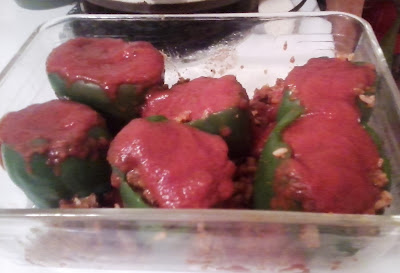 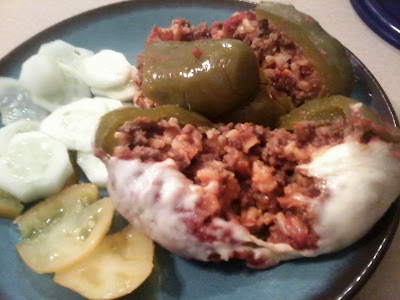 Posted by Burbs to Boonies at 6:13 AM