We finished the stick house!

Back in December, right around the dawn of Invention Party, Brady also brought me the plans for a stick house. He came up with the idea all by himself and had the wherewithal to write them down. So, I said, okay, let's do it.

He told me early on he was the foreman and I was the worker, so I got some exercise in this deal. We are now done. The Invention Party was our goal to get it done and we did it.

Proof that a child's big dreams can come true. What a lesson for us both! Here is its evolution: 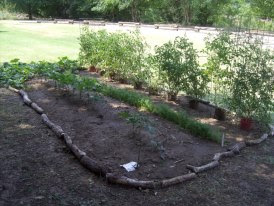 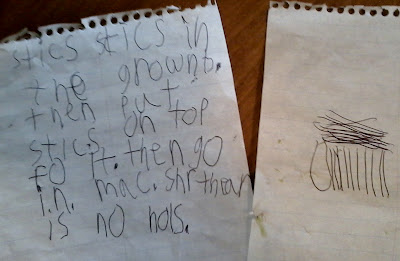 How far we got the very first day: 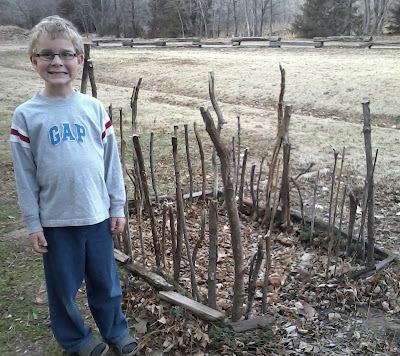 It survived the snow: 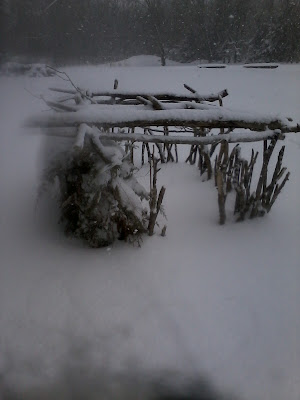 Bunny tracks in the snow in the house! 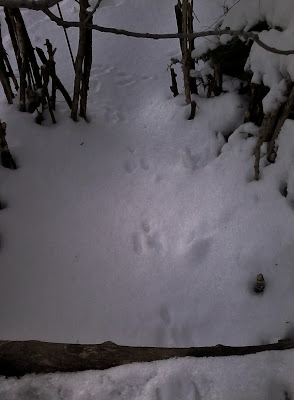 Things are moving along: 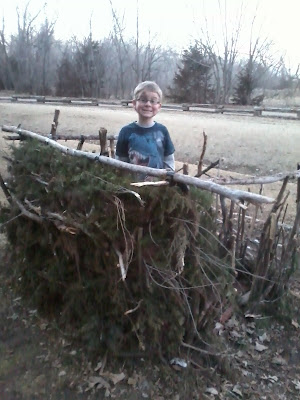 Hanging out with the cat and then a friend at the party: 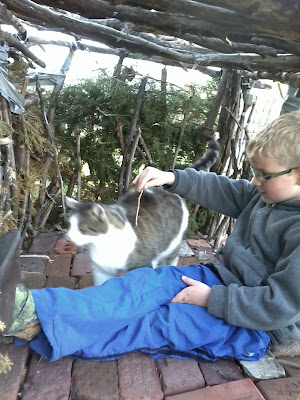 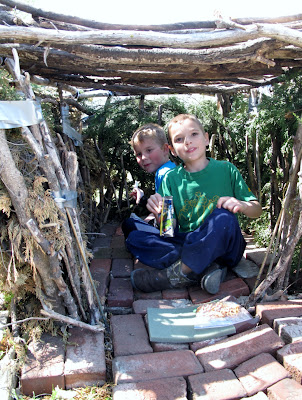 The finished product in all its glory! Brady told me, "We'll leave it up for next year's Invention Party." Sounds good! In the meantime, it's a fun playhouse. And his idea worked :) The brick floor was a bonus idea that came later and it works great! And what couldn't benefit from just a little duct tape? 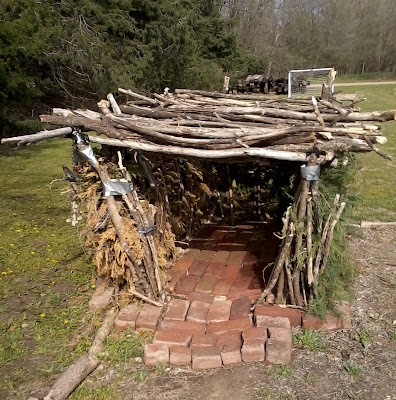